Powered by the natural movement of the wearer, this watch does not contain any batteries or electronic components. The deluxe 9015 movement is made in Japan and is one of Miyota’s premium automatic range, with a 42-hour power reserve, 28800 BPH, and 24 jewels. This beautiful, slim movement combines form and function, with outstanding reliability, automatic and manual winding, a quick-set date, and hacking. Admire the beauty and craftsmanship of the mechanical movement through the Atlas’ exhibition case back.

Engineered in solid titanium, the Atlas is so light you will often forget that it is on your wrist. Titanium offers a better strength-to-weight ratio than stainless steel and is naturally hypoallergenic, anti-magnetic and corrosion-resistant. Understated, yet superbly functional, the Atlas Automatic is perfect for everyday wear, at work, or at play.

Very much enjoying the Atlas Automatic. It is wonderfully sized and reliable.

United Kingdom
I recommend this product

Six months in and I love it

I’ve had my Momentum Atlas Automatic Gradient Black for six months now and love it. It looks stylish yet can handle everyday wear and is extremely legible in low light conditions, clearly not as bright as a diver, but respectable. In truth, I’d have liked the crown at the four o’ clock position. But the crown and guards rarely foul sleeves or the wrist. I like the titanium bracelet, which colour matches with the case well and feels nice for a titanium, though it’s a pig to remove. However during the summer I often used a canvas strap which looks great in the wilds. I considered the Hamilton Khaki and decided that though it has a reputation as the quintessential field watch, the dial is just too busy to be really legible. Another possibility was a Boldr, but the angular lines and massive crown don’t do it for me. Automatic watches are not Momentum’s core products at the moment, but they have chosen a solid movement in the Miyota 9015 which is widely seen as superior to the Seiko NH35 around this price-point. Mine keeps good time, losing on average 1.7 seconds per day and will run at least twenty-four hours. Way better than my Vostok which gains forty seconds per day and struggles to run for twelve hours!

Very satisfied with this watch.

This was a gift for my son, and he is very pleased and enjoying it, The watch is accurate and my son is really enjoying it. the fact you can see the mechanism is very cool. 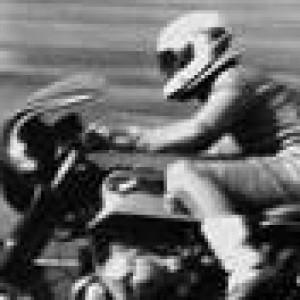 The photos do not do justice

This is my third or fourth St. Moritz/Momentum watch. I bought it to replace a 38mm Atlas Titanium Alarm (a victim of assassination by washing machine) which I’d worn for years. I like Momentum’s simple, straightforward design, the light weight, and their great after sale service. This Atlas Automatic is notably more attractive than my old watch. The differences are subtle but somehow the gradient colour of the watch face, the domed crystal, and the new bracelet combine to make this look like a much more expensive watch. This is more apparent on the wrist than in photos. So if you are considering this watch, buy it and be delighted. ps - Momentum replaced the movement in my old alarm watch at a very reasonable charge. Now I have one for each wrist ;)

Canada
I recommend this product

THIS IS THE SECOND FIELD WATCH I PURCHASED FROM MOMENTUM, THE FIRST WAS WITH THE QUARTZ MOVEMENT. I MUST SAY, I AM HAPPY FOR ITS DESIGN, ITS STATE OF THE ART STURDY CASE AND ABOVE ALL, ITS SUPERB MECHANISM AND ACCURACY, SITTING PROUDLY AMONGST OTHER SWISS MADE FIELD WATCHES OF MY COLLECTION.